Some people minimize their prejudiced behaviour with veiled remarks 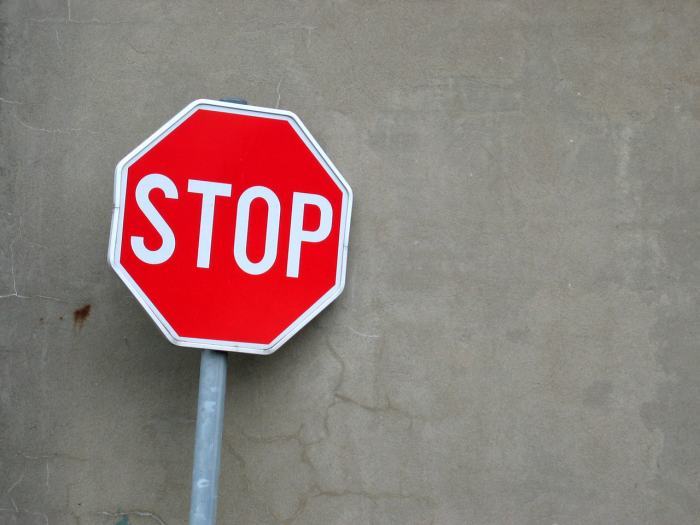 “I'll meet you at the coffee shop,” she said.

My wife and I slowly ferried our two boys, then 7 and 5, toward Toronto's Baldwin Street, which offers an eclectic assortment of independent cafés and restaurants. A very walkable street, on a very human scale.

“Me too!” youngest son yelled.

“I wanna muffin … what?” I answered, awaiting the magic word.

“Please!” they announced with gummy smiles.

After the requisite hop, skip and a jump, we arrived at the intersection of Henry and Baldwin Streets. Coffee and muffins awaited across the road. Aunty rejoined us.

Parenting young children, one tends to develop a keen eye for potential dangers, like impatient motorists or cyclists who ignore traffic signals. Combine that with daydreaming children – Mom and Dad need to have eagle eyes.

Eldest began to leisurely cross the street. “Stop!” my wife yelled. He froze in his tracks as a cyclist, undeterred by a red, eight-sided encumbrance, otherwise known as a “stop sign,” barrelled down the road. The cyclist swerved like a two-wheeled dervish around him and continued on her merry way.

As my wife and eldest made it to the other side, I cajoled youngest to cross. About 20 metres away, a car sped up, engine revving alarmingly. I thought the driver was making a point to hurry us. I ushered my dawdling son out of the way and held out my hand in my best traffic cop impression. We were roughly five feet in front of a stop sign, in a residential neighbourhood.

The motorist grudgingly slowed down, and I waved to give thanks. He angrily yelled out the window, voice dripping with disdain:

“CROSS IN THE CROSSWALK IN THIS COUNTRY!”

I stared in disbelief, shocked by his audacity.

“I come from Canada, sir!” I barked in return.

Granted, we were outside the allotted crosswalk, but he had to stop for the sign anyway. We may have wasted approximately one second of his time.

After settling in at the coffee shop, I peeled the wrapper off my muffin and discussed the event with Aunty. The “in this country” part of the motorist’s comment rattled me. We dissected our experiences with racism: individual versus structural, veiled versus blatant.

“Would he have said ‘in this country’ if I was white?” I asked.

“Exactly,” she nodded in agreement.

“Jeff,” Aunty said, always the storyteller, “do you remember the time I took you shopping at Bayshore in Ottawa? You were maybe 7 or 8 years old.”

“We sat down and this little girl made fun of you. She kept saying, ‘ch##k, ch##k, ch##k.’ Oh! I couldn’t believe the parents just sat there and didn't say anything.”

I thought of other times as a kid when my Taiwanese ethnicity was ridiculed, fostering a feeling of “outsiderness” to my childhood. Hey, slanty eyes ...

The motorist's comment helped those feelings resurface. In the middle of one of the world’s most multicultural cities, and I faced this ignorant behaviour. Chinese, Japanese, dirty knees ...

Maybe he was having a bad day. Maybe someone cut him off. Being encased in a car’s metal cage can insulate us from our humanity, making it easier to mouth off at someone. But really, there is no excuse for that level of boorishness.

Initially, I didn’t know why the comment riled me so much. I think it’s because there was an implied racism. While blatant slurs broadcast racism, veiled comments are worse because they can allow perpetrators to minimize their prejudiced behaviour. If I don’t use bad words, I’m not racist.

I believe the motorist saw me as “foreign” because of my skin colour. Why else would he append his insult with “in this country”? No matter how progressive society becomes, there will always be racist and xenophobic behaviour. We can all be prone to it.

Aunty then told a tale of a fellow motorist who confronted her after a very minor altercation.

“He pulled up to us and spat on our window!” she exclaimed, eyebrows raised. “Do you know what I did?” she asked with relish.

“I looked at him and smiled. Oh! I think he was stunned,” she laughed. “Because you know what he wanted? He wanted me to get angry. I didn't give him that.”

My turn to nod in agreement.

“Choose peace over anger,” she laughed and ate her muffin.

In this spirit of peace, I have a message for the angry Toronto motorist who told me to "cross in the crosswalk in this country."

Your comment was like spitting on my window. Please think about why you made such a racist remark. On my part, I've decided to choose peace over anger. I hope you can do the same.

Wise Aunty would be proud.