Chris Triantafilou taught me about compassion, caring and kindness

Coach "Tri" always had my best interests at heart 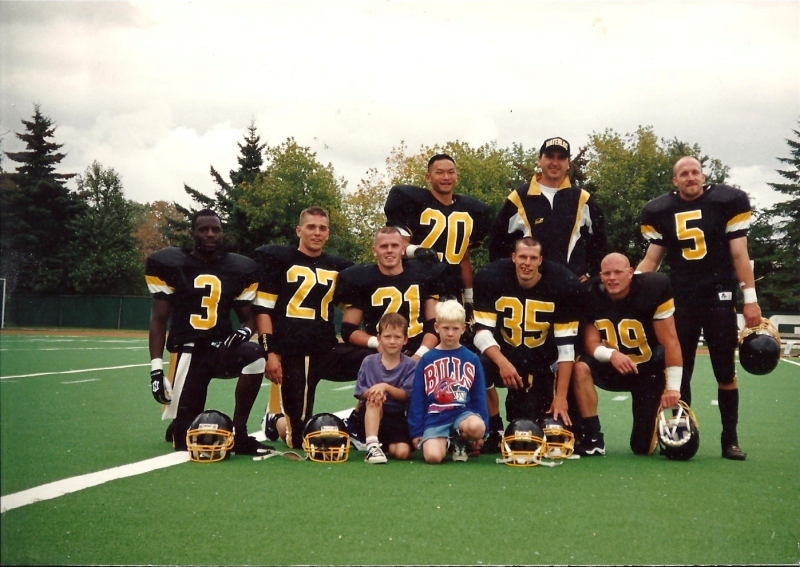 IN THE END, football was just a backdrop for the lessons we learned.

When I found out that Chris Triantafilou had passed suddenly from cancer on October 25, my heart sank.

Coach Tri (pronounced "Tree") was one of the most caring, thoughtful, fair and compassionate people I have ever known.

He coached the University of Waterloo Warriors football team in different capacities between 1987 and 2006, most notably as Head Coach from 1998 to 2006. He coached me as a defensive back for the Warriors in 1993, 1994 and 1997. He was intense, yet had a relaxed quality. He cared deeply about us not only as players, but as people. He took a genuine interest in me and my well-being.

There was a joy about him, that shined through in his coaching. He taught me a lot about football, but more importantly, he exemplified what it means to be a good person.

After the 1994 season, I ran into some serious personal problems. I was self-medicating, drinking way too much, flunking my courses. My behaviour had changed radically.

One day I was in the Campus Centre, talking nonsense, my mind racing a mile a minute. Coach Tri walked in to the CC, calmly asked me to come with him.

"Let's talk, Shiau," he said, or something to that effect.

I told him what I thought was happening to me. Something funny was going on in my mind.

He then made arrangements for me to see a doctor at Health Services. He took the time to accompany me to my appointment and gave me moral support. He spoke on my behalf to help get me a leave of absence on compassionate grounds.

I'll never forget the time he took to advocate for me.

While I was at home in Ottawa during my leave, Coach Tri also took the time to write and mail me a handwritten letter. He encouraged me to do the things I needed to get better first, then take a look at my academic options for the next year. His focus was on me getting better personally, then academics. Football wasn't even mentioned, because he knew that my health was the top priority, followed by school. Only then should I entertain a return to football.

Coach Tri always had my best interests at heart.

One time my fellow defensive backs and I were warming up before a game. We were doing a backpedal drill. The drill had changed but I hadn't noticed. When my turn came, I performed the wrong drill.

Coach Tri, visibly annoyed, barked: "Shiau! What are we on?" I didn't realize he was asking me what drill we had moved on to.

Confused, I got out of my stance, paused, then answered, "Turf, Coach?"

Coach Tri cocked his head, pondered my response. His scowl changed to a smile.

"Yeah, I'll accept that answer," he said, nodding. Not the response he was looking for, but he was always fair to reward thinking on your feet.

After missing two complete seasons of football, I decided to try out for the team again in 1997. Coach Tri was one of the biggest factors why I wanted to play again. After training camp that summer, he tracked me down and told me I had my best camp ever.

He explained the starting positions would go to younger players who would be around for another year or two. Made sense. It was my last year, and I was never an all-star at the university level. But he wanted me to dress for games and be ready to backup. I really appreciated the time he took to seek me out and explain his logic to me. Most coaches would not take the time for that.

That year we won the Yates Cup and were Ontario champs for the first time in school history. We fell one game short of making it to the Vanier Cup national championship game. While I only saw action for a mere three plays that year on special teams, it was the most fun I had playing football and training with the team.

The last correspondence I had with Coach Tri was via email in 2004. I thanked him for always being there for me. I told him I met an amazing woman (who I later married!) and she played football, too!

I was also proud to tell him I was coaching a women's touch football team at the time and used all the drills he taught me. (We'd later go on to win a city championship in 2005. I based much of my coaching philosophy around what Coach Tri had taught me.)

My favourite drill was the "thumb" drill where players crouch in their ready stance and pump their feet on the spot, pivoting direction based on which way the coach points their thumb. It really burned the quads and was always the first drill we started with.

"Don't blow your load on the thumb," Coach Tri would say, meaning you better pace yourself. I'd used the same expression coaching my team and always had a chuckle explaining to my players the origin of this drill.

Coach Tri wrote me back and told me how proud he was that I was able to put my life back together. His last words to me were: "I guess I did something right!"

And you taught us to be dag'gone good football players. Always a Warrior.

Donations to Coach Tri's Scholarship for Athletic Success can be made online.

This update link alerts you to new Silvrback admin blog posts. A green bubble beside the link indicates a new post. Click the link to the admin blog and the bubble disappears.