Dealing with kids' anger is a tricky thing 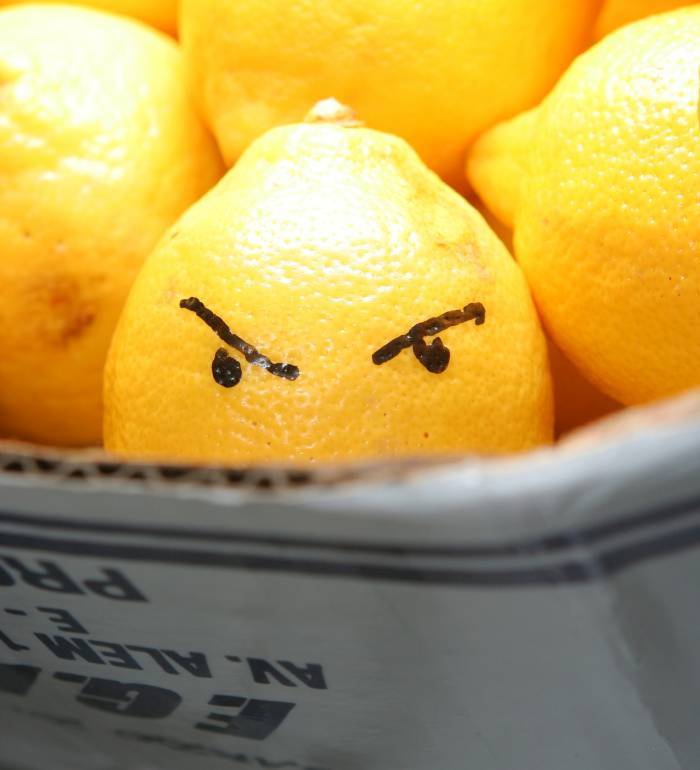 It's amazing how quickly things can go from happy to shit show.

One minute everything's fine. Then someone gets angry, seemingly out of nowhere. But if you examine further, there's often an underlying issue, some resentment that's been festering.

My boys were brushing their teeth, getting ready for school. It was Orange Shirt Day, a day to remember Every Child Matters. An opportunity to discuss the consequences of residential schools in Canada.

"What's this Orange Shirt Day you're doing at school?" I asked them, to gauge their understanding.

Younger son began to explain, excitedly, when older son cut him off, but out of excitement, too. Younger stormed off, angry that his brother stole his thunder.

I asked him if he wanted to continue the story. NO. Too angry. Declined my invitation. He told me Mom never lets him interrupt. He always has to wait his turn.

"You just stood there and let him interrupt me!" he scolded. Okay, that's fair.

"Well, I'm not Mom," I said, "I don't do things exactly the same. I stopped your brother after he finished his sentence and gave you a chance to continue the story."

A bit of time passed. After younger son brushed his teeth, he wanted his sweater. "Get it!" he ordered.

I'm not your slave. Geez. "You look for it," I countered. I guess he felt ordering me around gave him a sense of power. "I'll help, but you have to look as well," I added.

We went upstairs, found it in the dirty laundry. He didn't want to wear it.

"Well, we don't have time to look for another one, you'll miss the bus," I said. "So it's either this one or you're cold, son."

"It's touched dirty underwear," he complained. "I'm not wearing it."

Downstairs we went, he tried to put on his shoes. Big knot in laces. "I told you to undo the knot yesterday, Dad!" he said, frustration oozing.

I have five million things going on, more important than your shoelaces. Like trying to arrange things for your upcoming birthday. Building that play fort you guys have been hounding me about. Cramming in freelance work while you're at school but having everything ready for you when you get home—snack in the fridge, prep and cook supper, spend time with you guys. Then often working evenings to meet deadlines ...

Sometimes I feel like there's no time for me. The kids have no idea of the effort involved. I felt like he was shitting on me, but I knew he was just frustrated. Normal eight-year-old behaviour.

He's generally a very sweet boy: thoughtful and patient. There's times when, yes, he loses his cool. Like anyone. Sometimes, enough is enough.

I guess he was tired of being told not to interrupt. Someone interrupted him and he felt I did nothing about it.

But I was tired of always being referee. Figure out your own problems, guys. You want to be more independent, I can't always come in and be arbiter of all things. Sometimes you will fail. But I also have to let you do that. Yes, sometimes it's messy and untidy. Sometimes, it's good to struggle a bit, to be unhappy. We can't always be happy, that's probably unhealthy, too.

I told older son to go to the bus stop. "In case it comes, tell the driver to wait for your brother," I advised. I wished him a good day.

Younger got up, packed his bag. I suspected he wouldn't say goodbye.

"Bye," I said. He stomped out the door, slamming it.

I felt crappy, but kept everything in context. Why did I feel crappy? I'm not perfect. Stop trying to be, it's not healthy. I'm doing my best.

I'm a good dad, and I know it. Sometimes I don't feel it.

He's a good son, and I know it. Sometimes I don't feel it.

Everything was hunky-dory when he got home from school. I met him at the door and smiled.

I suggested we talk about the "incident."

Then I gave him a hug. He gave me a kiss.

Stories about parenthood, gratitude and love