What's the etiquette on cheering your kids in a sports blowout?

To celebrate or not, that is the question 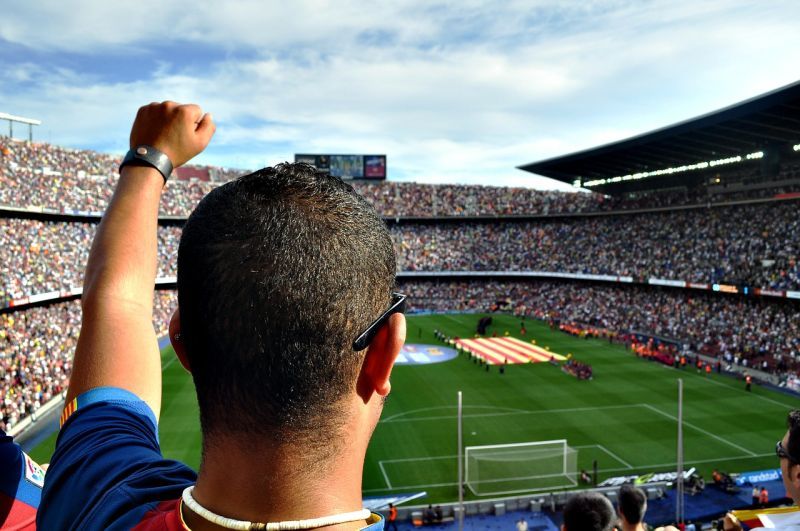 Image by Damon Nofar from Pixabay

A steady breeze cooled our pores on a beautiful, sunny June day at Millennium soccer park in Ottawa.

My son's U-12 soccer team was playing in the U-13 bracket of the Ottawa TFC Capital Cup soccer tournament. Their third round-robin game of the day. Off to a quick start, my son's team was up 6 – 0 after the first half.

The opposition, while a year older and noticeably bigger, was outmatched on that beautiful, sunny June day.

My son says he loves soccer, but sometimes it's pretty intense with all the training they do. Five days a week. And he's only 11. They get a lot of touches on the ball. I see how much he loves it.

I've never forced him. He's passionate about soccer, so my wife and I support him. Once in a while, we'll let him miss practice so he can be a kid and not burn out.

At the game, I ran into an old friend who I grew up with. Her son played on the opposing team. "You guys are really handing it to us," she said.

"This is our academy team," I said. "So they train pretty hard."

As my friend and I caught up, the referee ended the game early on a mercy rule. Final score was 8 – 0, or something like that. I was near a crowd of the opponent's parents. I heard them comment on our team's parents' "unsportsmanlike" cheering and enthusiasm. "That's unnecessary!" they griped, plus a few other choice comments. (We weren't really that loud for the last couple goals.)

I cocked my head. I believed our parents were simply cheering and celebrating their sons' success.

But I always try to see things from others' perspectives. This was an opportunity to learn about their attitudes.

I approached. "Excuse me, I overheard you saying our parents were disrespectful. May I ask why?"

"C'mon!" one gentleman said. "There's no need to blow your horn and chant"—one of our parents had an air horn—"that's totally unsportsmanlike. Can they not see how down our players are?"

Another parent jumped in. "I've been a coach for 36 years and there's no place for that."

"No place for celebrating and cheering your team?" I asked.

"Cheering is fine. If you're up by three, maybe four. But after that, you shouldn't be loud."

"So lemme see if I understand. To celebrate loudly if you're up by more than four is bad form?"

"You can clap," another parent said, "and then you should be quiet. We don't have a problem with your players. They're not whooping it up. But you guys—that's a terrible example to set."

Hmm... It's one thing if the kids are 7 or 8. I'm all for not destroying their confidence. But their kids are 13. Some of them are bigger than the adults. It's a competitive tournament, the score is recorded, a playoff spot is on the line.

And even if they were 7- or 8-year-olds, we were cheering. We weren't taunting them. We were joyful and proud and celebrating our kids' efforts. They were beating a team that was a year older. We also cheered good plays and saves by the opposition.

They brought up how the Americans slaughtered the Thai team in the Women's World Cup 13 – 0. How disgusted they were with the U.S. players' celebrations.

How very Canadian. Not wanting to offend. Be a good sport. A good loser. Hey, I'm just happy to be here. Ribbons for everyone!

Thai Coach Nuengrutai Srathongvian was asked about the margin and whether the Americans exhibited sportsmanship.

“Everybody is following the rules. We have to accept the U.S. team was very good today. We don’t have any excuse.”

(Depending how you lean, the Thai coach's comments can be parsed in different ways.)

Americans have a confidence that allows them to celebrate success. I think a little bit of swagger can be healthy. As long as you can back it up, I have no problem with it.

Still, I do think many Americans would do well to learn more of other countries' perspectives and attitudes. But I also think many Canadians could, too.

I've lived my entire life afraid of offending others. I've lived small, not wanting to stand out. I got my gold stars in school. I've always waited my turn. Sometimes I've watched others grab opportunities, take risks, persevered and done great things.

We should celebrate success. I don't think there's anything wrong with that. If your motivation comes from a place of joy, I don't think it's arrogant. I believe that's what our team's parents were doing.

I think the parents on the other team should ask themselves why they felt offended. Do they really feel their 12- and 13-year old children need to be shielded from, heaven forbid—cheering? Simply because they're losing by a big margin?

"This isn't the NHL," one of them said. "You should be ashamed," another scolded.

I tried putting myself in their shoes. If the situation was reversed and they cheered like us, I wouldn't hold it against them. (Getting blown out might even teach us a valuable lesson in humility and resilience.) But mostly, life's too short to hold grudges!

This conversation wasn't going anywhere. I was outnumbered and in "hostile" territory. "Well, I can see your point of view," I said. "Thank you for sharing your opinion."

On the drive home, I explained the encounter to my kids. I said I don't think there's anything wrong with parents cheering loudly.

I guess I can see the other side. To an extent. You don't want to embarrass anyone. I played a lot of sports when I was younger. I know what it's like to be on the other end of a lopsided score.

There's a difference between cheering your team and taunting the other team. I think it's stifling to expect parents to not cheer and not enjoy themselves. We all spend a lot of time driving our kids to practice, to games, to watch. To tell people they shouldn't have fun is pretty lame, if you ask me.

I do believe we should be mindful of the other team and not taunt or make negative comments.

My son's team is coached to give it their all and always try their best. I will always cheer that. If people get offended, so be it. I can live with that.

What are your thoughts? What is appropriate parent behaviour at youth sporting events? Here are some interesting articles for you to explore: