How I'm coping with my sons' sibling rivalry

For every action, there is an equal and opposite reaction 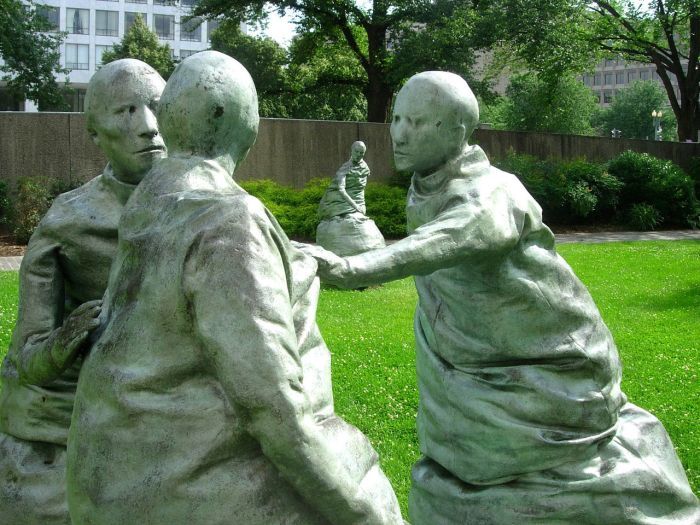 For every action, there is an equal and opposite reaction.

I use this as a reminder in coping with my sons' sibling rivalry. Usually, it starts over something silly (at least it seems that way to me). Whether it's a water bottle, soccer ball, video game, it doesn't matter. The argument is basically the same. One kid annoys the other (action), then, tit-for-tat (reaction). They can't let it go. Don't get me wrong, ninety percent of the time, they get along great. But that other ten percent ...

It escalates. And escalates. Fighting fire with fire. They seem to take pleasure in the other's annoyance or pain. Schadenfreude.

Older brother, having two more years of life experience, is more sophisticated in his "attack." He has mastered the art of picking away at his brother until he explodes.

Stir the pot. Watch it boil.

Younger brother doesn't yet have the vocabulary to verbally retaliate with the same stealth, so will resort to more direct countermeasures, like punching or blatant swearing.

Is it unrealistic to expect a nine- and seven-year-old to disengage, de-escalate the situation? Cognitively, they are likely unable to consistently do that. Some adults still have trouble. But they can be downright hurtful to each other. Sometimes I let them go at it; let them figure things out on their own. It's tempting to step in and restore order. But what do they learn? That Mom or Dad will always solve their problems?

One day, they argue over a water bottle. They're into this bottle flipping thing. Younger can be possessive over the disposable plastic bottles he collects.

"Give me my bottle!" he orders older brother. Who, of course, toys with younger, not returning the item, knowing it will cause annoyance. After yelling a few times, younger changes tack and decides to ask nicely. Good. Older makes the return conditional upon younger fulfilling a silly request to "fold your arms like 'this'." To which younger refuses, standing his ground, eventually exploding with expletives.

I shake my head, no point in getting angry. Disappointed, perhaps, in both of them. On the surface, younger appears more "guilty" from his overblown reaction; both share equal blame in this conflict.

Younger goes to his room, fuming, removing himself from the situation. I query older, "Do you really enjoy making fun of him?" He replies, cute and sarcastic: "Yeah, it's fun—it's so easy."

My sweet boy, at this moment, is a mean boy.

I leave the room, then hear older climb the stairs. Approaches his brother's room. Have a bad feeling. Apparently, it was to apologize. Too soon. Younger's still fuming. Doesn't want to hear any of it. "But I came to say sorry," older pleads.

"Get out!" younger yells, adding for good measure some very "colourful" language. Older laughs at his accent, at his trouble saying "l's" in the middle of a word. The whole argument replays itself. Over and over. Like that movie, Groundhog Day. Until there's tears. Yelling. Exhaustion. On both sides. That's when I step in, trying to get them to realize the futility of it all.

Older replies in a sarcastic tone, biting even. Feel he's treating my seriousness as a joke. Perhaps he gets his sarcasm from me. I try not to lose my cool, but tire of this game. So I walk away and tell them we'll talk about this later. I get them to do their chores, blow off some steam. We go outside and play some road hockey. Get them moving, blood flowing.

After we go inside, I re-address the situation. I tell them about physics. About Sir Isaac Newton and his third law. I ask them if they drop a glass, what will happen? If you leave ice cream out of the freezer, what will happen? I describe a few more scenarios.

I say, "Before you feel the urge to hurt, be mean, ask yourself: If I take this action, what is the probable reaction?"

I tell them if they still decide to proceed—be prepared for sibling war. And for Dad to more or less stand by as neutral party (unless it really gets out of hand).

To consider stepping back before taking a rash action gives an opportunity to consider others' feelings, to step outside of themselves. It is a little step toward empathy.

Do I expect this to always work? Of course not. It's an ongoing process. Instead of intervening too early and meting out parental punishment from up high, by allowing them to experience and realize the natural consequences of their actions, my hope is they become more thoughtful, more considerate of each other's feelings in the future.

Or, this could completely backfire. Will let you know how it goes.

Stories about parenthood, gratitude and love