This is where they used to live

I wanted to stand in the same space my parents and brother used to, so I knocked on the door 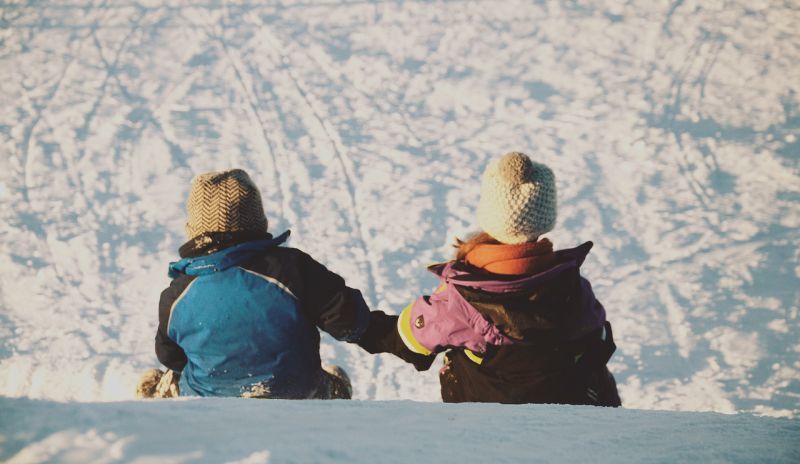 The moment I stopped perceiving time as linear, a new world arose.

I jogged toward the little red bungalow. A man washed dishes behind the kitchen window, his silhouette bathed in dim fluorescent light.

This was my parents' home in the early 1970s, before I was born. Mom and Dad pointed it out to me a while ago. At the time, I didn't know part of their history was so close to my current home.

I remember a picture of my older brother, playing in the snow. He was maybe 3, smiling with his friend. Rosy cheeks. The house was white back then.

I've passed this house many times. It's along one of my regular running routes. I've wanted to stand in the same space my parents and older brother used to. Sit on the lawn where maybe they shared picnics. I've often considered knocking on the door to say hello. I never worked up the courage to, until one mild January morning.

Out for another jog. The man stood behind the kitchen window, washing dishes again. I crossed the slushy road.

This was the day.

What's the worst that could happen? No answer or he'll tell me to go away. My heart beat faster; I moved a bit down the sidewalk, out of sight. Gathered my courage.

I turned back to the house but the man behind the window was gone.

There were two doors: Side and front. They both looked like front doors as the house rested on a corner lot. The driveway led to the side entrance, which appeared to have more foot traffic.

I chose the front. Snow from the previous night was untouched on the porch. A Christmas wreath hung from the door.

I walked away, shoulders slumped. Turned my head, looked at the house. The man behind the window! I waved. Approached the side door that looked like a front door.

Knock knock knock. I thought of a knick-knack: Back door friends are best.

"Hi," I said. "You don't know me, but my parents lived here almost fifty years ago."

"Really?" He tilted his head back; eyebrows raised, eyes wide.

"Yeah. I live close by and I jog by your place all the time. I've always meant to say hello."

"Well," he said, "I just dropped off my wife at the hospital, but stop by anytime if you see the car in the driveway. I could show you the renovations we've done."

"I saw the Newfoundland and Labrador flag in the driveway. I've met a few Newfoundlanders here and they're all so friendly. Nice to meet you."

I resumed my jog, spirits buoyed by our encounter, by stepping out of my shell and meeting someone new.

I thought about being in the same space my parents and my older brother lived in, almost fifty years ago. I imagined my brother as a toddler, playing in the yard.

I thought about the man behind the kitchen window, who took me at my word.

I thought of the trust we place in our families, in our friends, and sometimes, in the kindness of strangers.

The next time I visit, I'll have to bring along Mom and Dad to meet Dave.

And maybe time will pass at a different rate, when they step into a house they had made into a home, almost five decades ago.

The moment I stopped perceiving time as linear, a new world folded into an old one.