I called him back—find out what happened 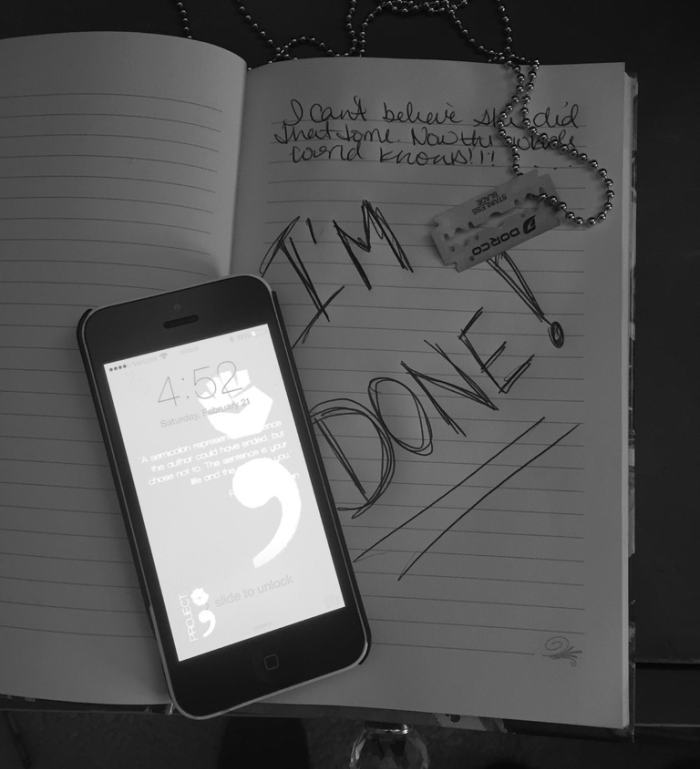 The call came at 5:09 on a cold January morning, waking me from a sound sleep. It was a text-to-landline message.

"Goodbye Nicole, I love you," the robotic voice said. An obvious wrong number.

I thought about the message. Maybe it was a husband sending a sweet message to his wife. But I felt a finality to it; five words can mean a lot.

I shrugged it off. Got out of bed, washed my face. Lathered up with soap and the phone rang again. My wife answered. We listened to the message together. This time, the robotic voice said:

"I'm going to kill myself."

We wondered if we should do anything. A total stranger, wrong number—I decided to call the person.

"My name's Jeff. You texted the wrong number, looking for Nicole. But you sounded in trouble. Are you all right?"

I asked him his name. "Are you sure you're okay?" I added. "Cuz you didn't sound too good. You said something suicidal."

I didn't know what else to say, so I said goodbye. Wondered about this guy. What happened? The thought that he might end his life, even though a stranger, tugged at me.

My wife asked if we should call the distress centre. Couldn't hurt. She dialed. They said they couldn't do anything but suggested we call the police. Maybe they would send an unmarked car.

I called the police station and navigated my way through the voice prompts. Finally connected with an attendant, described the situation. She took my info and I gave her the person's number. She said she'd try to track it.

Later that morning as I took the bus to work, I thought maybe I should text the guy, give him the number to the distress centre. Would that annoy him? He's a total stranger, but he sounded sad. Or was I just projecting my feelings?

When I got to work, I texted:

Thanks I am good though have a great day

I don't know what he was feeling, if deep down he was "good." Are any of us? I wish him well and hope he has support during a trying time. I wonder if he's okay.

Maybe we can inject a bit more humanity in a world of strangers—do a little bit each day to recognize each other as people. Even if it's something small, like saying hello to a homeless person instead of ignoring them. Or smiling to someone as you pass them on the street. Or if you notice someone isn't doing well, asking "are you okay?"

You might find a bit of comfort in making a small connection with a complete stranger.

Every little act of kindness can spread some warmth, especially during a cold Ottawa winter.