The older I get, the more I become like my dad 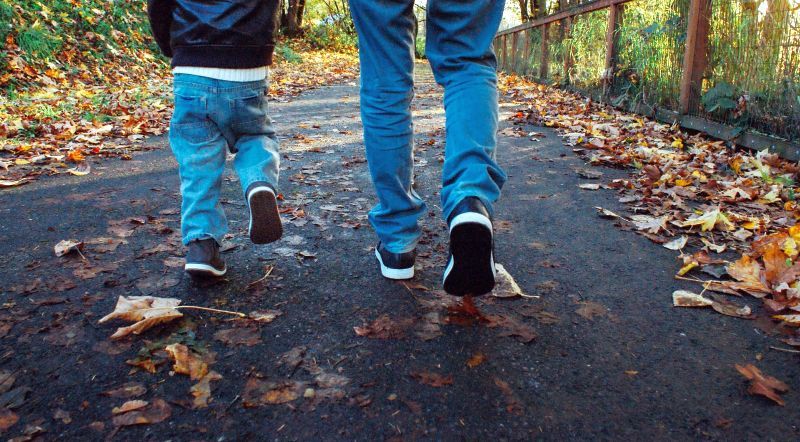 Image by Olichel Adamovich from Pixabay

“When are you going to stop sneaking out in the middle of the night?” my dad asked, poker-faced.

The gig was up.

When I was a teenager, in order to join my friends for some late-night debauchery, I had to circumvent our home security system. I couldn’t risk waking my parents by disarming the alarm and leaving through the front door. My only option was to exit via the second-floor windows, left unarmed in case we wanted to let in a breeze. I would climb out my brother’s window at midnight, scurry squirrel-like down the lower roof, hang off the edge and drop to the patio. Friends waited around the corner in the “getaway” car.

We partied on the strip in Hull, on the Quebec side of the Ottawa River, at joints like Le Ruisseau and Chez Henri. With their casual acceptance of fake ID and lower drinking age, a lot of thrill-seeking Ottawa teens partied there. We did stupid things, but hey – we were stupid teenagers.

Upon my early morning return, I’d grab a ladder from the garage, climb back onto the roof like a cat burglar and slink through my brother’s window. Around sunrise, before my father awoke to get his morning paper, I’d disarm the security system and return the ladder, under the guise of an early morning run. I had completed this covert mission four or five times before he said anything.

“How did you know?” I inquired, after my dad called me on my escapades. In hindsight, it was obvious. Now a father, I am in tune with every bump in the night: my kids’ coughing, the snowplow passing by, or my neighbour taking out the garbage at 11 p.m. When my kids get old enough to sneak out, there’s no way they’ll get past me. (I like to think that, at least.)

My dad chuckled and said he knew right away. “I let you have your fun, but now it’s time to stop.” I sheepishly apologized and promised not to go AWOL again. The funny thing was, I didn’t even have loads of fun while out on my excursions. I was too susceptible to peer pressure and sneaked out when I knew better.

So I pleaded my case to go out late at night, when I would rather have stayed home and read a good book. “My friends go out at midnight to party, so why can’t I?” I asked. To which my parents bluntly responded “no.” Today, the thought of leaving at midnight to go out, not coming home by then, seems like sheer folly. I don’t look forward to facing these issues when my kids get older, but I will have to deal with them.

It was the height of hubris to think I could outwit my dad. As a teenager, I thought some of my parents' rules were lame and confining. In the end, they taught me discipline: a quality that has served me well as an adult. As I age, I appreciate my parents' wisdom even more. There was so much I didn’t know as a teenager. Having reasonable boundaries was one of the most important things I needed. My father was able to toe the line between letting me take some risks and protecting me.

When I was 14, I took my dad’s Honda Accord out for a spin. Luckily, I didn’t get into an accident. It was a stupid thing to do. But that’s my point: teenagers sometimes do stupid, thrill-seeking things. Of course, my dad found out – he noticed the mileage had changed. He never yelled or threw a tirade, but he did swiftly quash my premature driving ambitions.

I used to think I would raise my children very differently than how my parents raised me. But I find myself passing on the values they taught me to my own kids. Things like putting family first, honesty and patience. Things like financial responsibility and the value of hard work. As much as I hated cleaning the house, I laugh at myself after nagging my sons to do their chores. I didn’t like my parents’ rules, but I now understand their value: they kept me safe and helped me self-regulate.

“When you have kids,” I tell my boys tritely, “you’ll understand why Mom and Dad have all these rules.” They roll their eyes, just like I did at their age. That’s when I know I’m doing my job as a parent.

When I think about the kind of dad I am, I compare myself to my father. The older I get, the more I become like him. While this may have alarmed my teenaged self, my forty-something self is honoured to undergo this evolution.

My father taught me patience, honesty and fairness. To be kind and caring, but also to stand up for myself and others. These values are timeless and I aim to instill them in my children. I try to lead by example, as my father did for me. And while Dad could be strict, he also understood that sometimes, teenagers need to get away with a few things.

Amid the strictness, I never realized how much my dad bent the rules, when he let me sneak out of the house.

Dad was cool, after all.