The power of hello

How a simple 'hi' can brighten your day 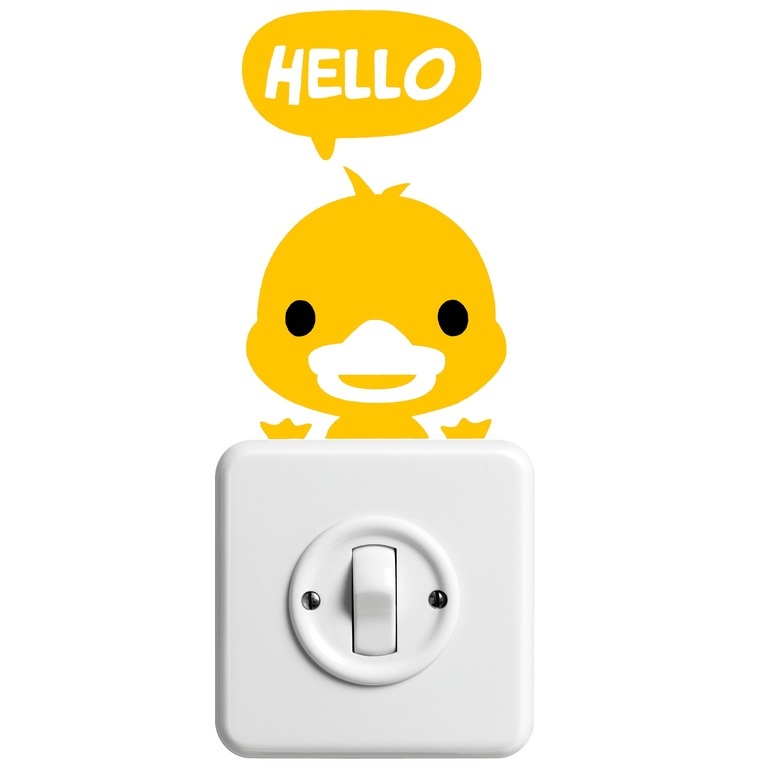 A simple hello held the power to brighten my day.

I had picked up a prescription at my local drug store when a small child, maybe 4 years old, peeked out from behind his mother's leg. He smiled at me and said hello. I heard him speaking Mandarin earlier, so I smiled back and said "nǐ hǎo."

He laughed a coy but mischievous laugh, the kind that kids sometimes do. We played a little game where I turned my head then looked back at him in peek-a-boo fashion. We amused each other awhile.

I thought about how children are often a lot more open and friendly than adults. We keep our guards up, heads down, get on with our days. We can be so busy, it's easy to lose our sense of wonder. Quite often, I'll walk down the street and notice many people avoid eye contact. I understand sometimes, in a bigger city, people need to create a little bubble of personal space.

Crowded and lonely at the same time.

One day, I was out for a morning jog, and decided I'd acknowledge every person I pass on the street. Either say hello, wave or nod. I approached a man walking his dog. Immediately after I made my resolution, the man waved to me, before I could say hi.

That was kind of weird and neat, I thought. One of those coincidences that maybe isn't a coincidence. We both said our hellos and went our separate ways.

I doubled back and caught up with the man as he got into his car.

"Hey," I said, "sorry to bother you, but right before you waved to me, I had just decided that very moment I'd say hello to everyone I passed on the street. But you beat me to it."

He smiled. "Yeah, I recognize you, so I thought I'd wave. You run around the neighbourhood, right? How far do you usually go?"

"Oh, I don't even time myself or measure distance anymore, but maybe three or four kilometres. Just to stay in shape."

"That's great. I used to run marathons, but really that's all you need to do."

"You know," I said, "I think we'd all be in better moods if we said hello more often to strangers."

"People are so busy these days, we don't take the time anymore," he added. "I used to be a social worker. One time I was counselling a client. I got all philosophical, jabbering on about the meaning of life. The lady told me after she didn't care at all about what I said, but what really mattered was I took the time to talk with her."

Our conversation continued: small talk, the weather, our families. "So how old are your kids," he asked, "and what school do they go to?"

I told him their ages and that they attended the local public school.

"I used to teach there!" he exclaimed.

We started playing that six-degrees-of-separation game. "My wife's a teacher," I said. She worked there very briefly one year when she was pregnant, because there was a case of fifth disease at her school, so she had to move temporarily."

"Where does she teach now?"

I told him the name of the school.

Weird and neat, again. Either this guy was pulling my leg, or there's a little more to this than coincidence.

"Well, you must know my wife!" I told him her name.

"Ha! No kidding! I know her—she's a great teacher!"

"And I used to supply teach there, too," I said. We rhymed off a list of old teachers we both knew, the principal, vice-principal.

How's your wife doing?" he asked.

After a very pleasant conversation, we said goodbye. I jogged home thinking how a simple decision to say hello underscored how we're connected in the web of life.

When I got home, I mentioned my encounter to my wife.

"Yeah, we taught together a while ago," she said.

"Funny thing, I ran into him today while I was jogging. He says hi."

My wife laughed and told me what a nice guy he is. "I did a spinning class with him a long time ago."

So I encourage you to try this for one day: Say hi to as many people as you can. It's an interesting experiment. You'll find many are happy to return the favour. It's an easy way to brighten your day.

And you might inspire others to embrace the simple power of hello.

Posted in: friendlinessschoolsix degrees of separation