I let my son decide his own consequence for a video game infraction. He made a pretty mature decision 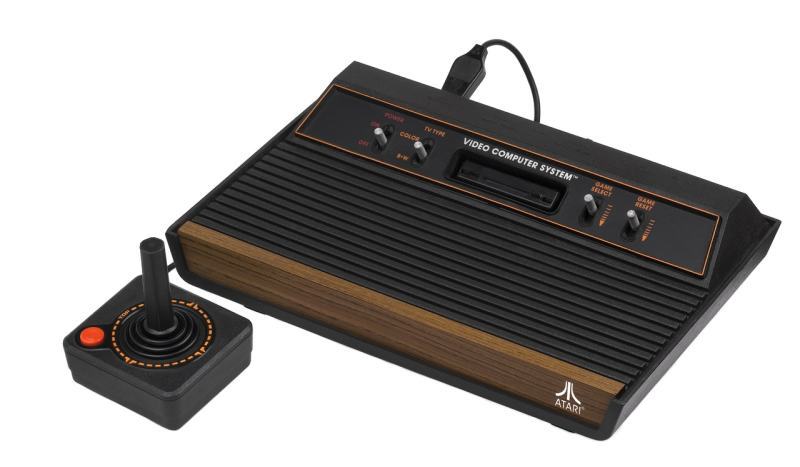 When I was a kid, I really liked to play video games. I grew up on an Atari 2600. The games were two-dimensional, blocky, with bleeps and blurts. It was good fun. Asteroids, Missile Command and Defender were my favourites. Yars' Revenge was pretty cool, too.

I liked the Atari so much, as an adult, I bought an Atari Flashback system, which is a replica of the old 2600, with ninety games built into the console.

So it's with amusement that I watch my kids play their video games. Their games look three-dimensional, with such realistic graphics, I get dizzy watching.

During the summer, the kids have more free time. My wife's a teacher and has summers off. Yes, we are very fortunate for this, but believe me, if you were a teacher, you'd need your summers off, too!

So we limit the kids' screen time to a pre-set amount per day, otherwise they'd spend way too much time playing vids.

One of my pet peeves is when they reach their time limit, they're often in the middle of a battle, or game, and simply turning it off is like, almost impossible for them. I get it, pulling the plug after you've worked hard to get to a certain point is kind of a killjoy.

My problem is when they say, "Can I just finish this game?" By the time everything is said and done, they often finagle an extra six to eight minutes past their limit.

One day, I called them on it. "Hey—you've passed your time. I don't want to ask you three or four times to stop. Once should be enough."

"The deal is you don't respect the limits we've all agreed to."

I've played a part in this, though, allowing them to pass the limit. A minute here, three minutes there—in isolation, it doesn't really seem like a big deal.

But when it seeps into other parts of our lives, it gets tiring. Like when we're in a rush to get out the door, and I have to ask them multiple times to get ready. Or consistently asking them to put their dishes away, or hang up their jackets. It saps my energy.

At some point, you just have to follow through as a parent. At some point, that line can't get crossed anymore. I'm a very flexible person, open to discussing issues and listening to feedback from my kids, but sometimes I feel they look for any loophole they can find.

One day, as they passed their limit, I reminded them time's up. "Just gotta finish this battle," one of them said.

This time, I decided to remedy the situation. Uh, oh... Dad's on the warpath.

"The limit is the limit. Not two minutes more, not five more, not seven more. If you're two minutes before your limit, don't start a new battle, knowing it'll take you over."

"Don't go there, son. If you add up all the extra time you've had, you're not getting the short end of the stick."

I explained why we've imposed a time limit: so they don't spend all their time playing video games; so they don't get addicted. So they can do other things, like play outside, read, draw—whatever. The point is to have some self-discipline. I don't want to have to nag them. I hate nagging. But if I don't enforce reasonable limits, then I'm not doing a good job as a parent.

We brainstormed ideas on how they can actually shut the tablet, laptop or Wii off before their limit expires.

We came up with a solution: The limit is ten minutes shorter, but there's a ten-minute grace period to "finish off" what they need to do. I added a caveat: If they go one second beyond that grace period, they lose privileges for a week. In effect, it's still the same amount of time, they're just planning their exit better. Psychologically, it's easier for them to frame it this way.

The following week, they followed the new system and kept it under the limit, usually turning it off with three or four minutes left in the grace period. One time, the older one went right down to the wire and had one second left.

"Cutting it close," I warned.

Later in the day, he turned the tablet back on and started playing. "Um," I said, "you've already had your time."

"Dad, it was just one minute."

"That's not the point, we had an agreement. And you blatantly ignored it."

In all honesty, the one-week penalty was a scare tactic. It is kind of harsh for a one-minute infraction. But I had to follow through.

"So you know it's a one-week penalty," I said, feeling as if his heart sank. "I'm going to give you a break. Instead of seven days, I'm taking it away for five days."

"It is fair. You wanna go for seven?"

"No," he sulked. I was the heavy, but what's the point of an unenforced limit?

He sat out the five-day penalty with grace. When his privileges were restored, he wanted to purchase some additions to his Clash Royale deck with a Google Play gift card he received for his birthday.

My wife and I were about to go out for a little shopping.

"Can I trust that you'll stop before your time expires?"

"Okay, I'm going to trust you. We'll be home in about an hour." I hoped for the best and that he learned his lesson. I hoped he wouldn't take advantage of our absence and take more time.

My wife and I went to the mobile booth at the grocery store. She was looking for a new cell phone plan. She decided on a new carrier and phone. The paperwork took longer than expected. "I'll go home and get supper started," I told her.

I walked over and gave them a hug.

"Dad," older son said, a bit sheepish. "I went on the tablet again, after my time was up."

"Yeah, for two minutes." He hung his head.

Should I lay down the law? Go heavy, again? Would totally be within my rights. I was disappointed, but also impressed that he owned up to his mistake. I never would've known had he not told me.

"You were very excited to try out your deck, right?"

"I appreciate you being honest. That means a lot. But I have to be able to trust you."

I paused, then continued: "What I can trust you with, I think, is to tell the truth. What I can't trust you with, yet, is to stay away from your video games when you're not supposed to play them. I think that's fair to say, do you?"

He decided on missing one day of vids.

"Well, yeah, because I only went on for two extra minutes."

I felt one day wasn't enough, but because I said I'd respect his decision, I didn't add to it.

A few minutes later he approached me. "I think I should do two days, Dad."

"Yes. Because I think I'm a bit addicted."

I thought that was very mature of him. I want my kids to make good decisions. Sometimes that means giving up a bit of control. Sometimes I think we need to give them more responsibility, allow them more autonomy.

That's not to say to let them decide everything, but within certain situations and limits, I think it can lead to some very good results, as long as you've provided enough scaffolding.

In this case, my son decided it'd be "game over" for two days. I can live with that.

In the meantime, I think I'll play a little Missile Command tonight when the kids are in bed.