Why I'm saying 'no' to perfectionism

Imperfect action is a lot better for my mental health 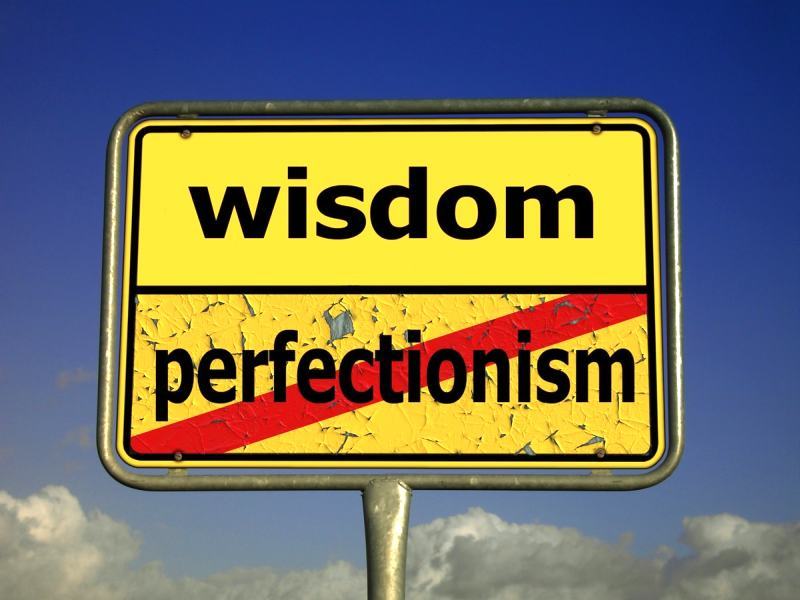 Perfectionism is not altogether a bad thing. It's good to have high standards.

But it's doing me more harm than good.

I think I may have unwittingly passed my perfectionism on to my kids.

I realized this playing catch with my son. He was way too hard on himself because he wasn't catching every ball.

One of my simplest pleasures is a game of catch. The pop of a baseball hitting the pocket of a glove. It's timeless, takes me back to my childhood. Hours spent fielding ground balls, chewing bubble gum, spitting sunflower seeds.

I used to think as a young adult, when I have kids, I'm going to love playing catch with them. I think a lot of dads (and moms) share this feeling.

I was throwing the ball one day with my younger son. He's got quite the arm. Can really whip it. We practice grounders, pop flies. He wants me to throw the ball hard, on a line, but high, so he has to jump to catch it.

It takes a while for me to find my line. I throw it a few times above his head, but he doesn't have to jump. "Throw it higher, Dad!" he complains.

"I'm trying, son. It's just weird to throw it a bit away from my target."

The next few throws are a bit too high. Too hard to catch for my little guy.

When I finally find my range, I consistently put it where he wants it. He catches it more often than not. Maybe sixty percent of the time. The other times, it deflects off his glove, bounces into the neighbour's yard.

He gets visibly annoyed. I say "you're doing well." He's frustrated he's not catching it every time.

My idyllic game of catch becomes a bit less "perfect." Then I realize perfectionism has held me back.

I've always hated "good enough." Like you're okay with less than your best. I've often told my kids not to be satisfied with "good enough."

What I've now learned is doing my best, all the time, is a recipe for burnout. Because life, especially when you're raising young kids, can get real busy. Juggling work, sports, activities, social life, school: there's not enough hours in the day to do everything "perfectly."

So "good enough" has to do sometimes, to keep my sanity. Especially for things that aren't really important, or a priority. Like that email to the kids' soccer team. It doesn't have to be composed perfectly, just get them the darn kickoff time.

I appreciate a succinct email, but one line versus three really isn't going to make a difference.

Back to our game of catch.

"I wanna go in now," my son pouted, frustrated. He did well to contain his disappointment, but I could tell he was mad at himself.

We go inside, get a glass of water, sit down at the kitchen table. I stare at him. His face is more mature, his body leaner. I think back to when he was born, when I could fit him on my forearm.

"You were getting frustrated out there, hey?"

"Because I can't jump and catch the ball."

"That's not true. You caught it lots of times."

"Yeah, but I can't catch it every time." I understand his frustration. His perfectionism.

"But it's a new thing we tried. You can't expect it to be perfect right away. You know—a good professional baseball hitter will fail seventy percent of the time."

I describe how a baby learns to walk. She'll fall down. Then get right back up. She doesn't care. She'll have a smile on her face. It's how we naturally learn. When we get older, some of us are scared to make a mistake.

"If a baby waited until he could walk perfectly before he tried, he'd never learn to walk. If you try and be perfect all the time, it's unhealthy."

I tell him I made myself sick at work, because sometimes, I spent too much time trying to make sure everything was perfect, then I'd fall behind on some projects.

Or I'd take too long to start a project because I was too busy analyzing it. That I needed to learn some projects are more important. That "good enough" would have to do for the lower-priority ones.

Dealing with my perfectionism is a work in progress. So I won't hesitate to make mistakes in front of my kids. To show them it's all right. I'll be okay with the mess of shoes in the front entrance (well, I'll try to be).

I'll try new things out of my comfort zone. Because I want them to take some risks. If you don't, you'll never grow into what you're capable of.

So my new mantra is "take imperfect action." Learn from that and improve upon it. Because I'll still be further ahead, than if I take no action at all.

I think that's a perfect—er, I should say, good—attitude to take.